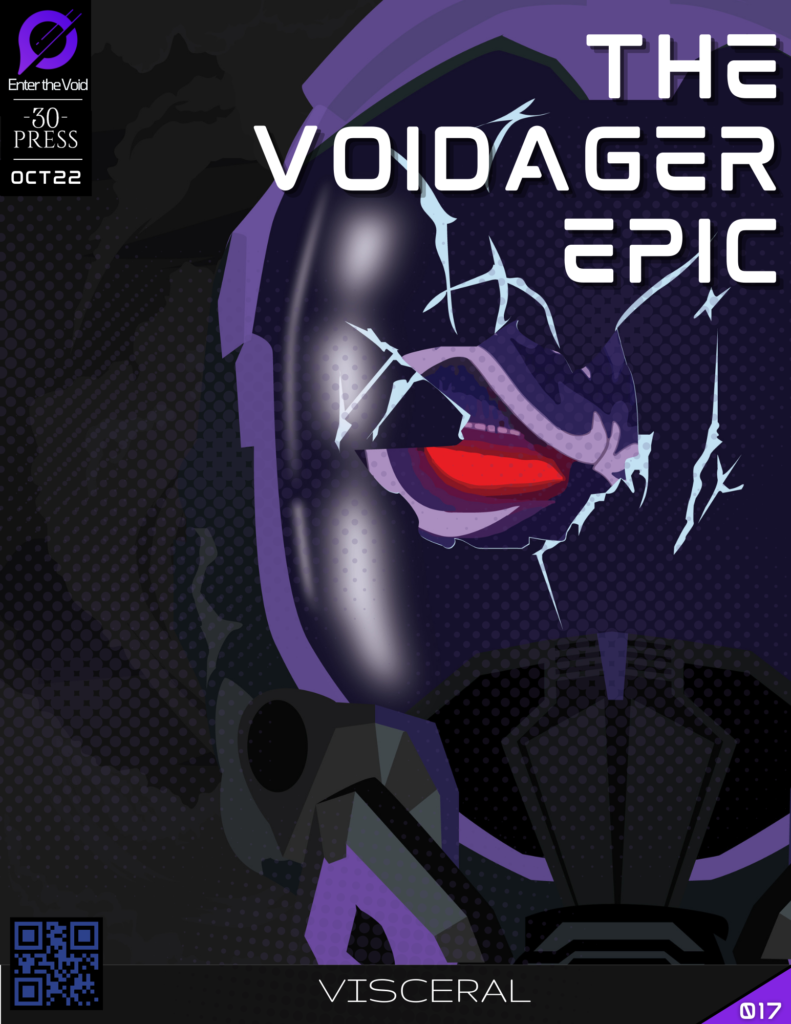 Beside her, Arley was already removing the headset that had trapped him in the shadowy-damned simulation.

“Are you ok?” Arley asked, swinging himself deftly off the table.

Bonn looked at him blankly.

“Bonn,” Arley said, grabbing her. “We really have to go.”

Bonn smiled.  She couldn’t help it.

“Arley, how long was I gone? I’ve been in that damned cul de sac for years.?”

“Years? You’ve only been missing for about a week.  Yazzie sent me to find you.”

How could I only be gone for weeks?

“Never mind, that’s stupid of me to assume.  Time runs differently in there,” Arley said as he helped Bonn off the table.  “We used this as a–uh– rehabilitation measure on Earth.  For criminals, that is.”

“How long were you in there? Bonn replied.

“It felt like about 16 hours,” Arley said, checking the small, cracked screen on what was left of his right gauntlet. “But it’s only been ten minutes. That’s about, uh, a factor of 100 slower. Close to the max we could slow things down on Earth.

Arley looked up at the geodesic glass ceiling, where he had heard Ladipo’s voice emanate from.

Ladipo, of course, how could I forget? Arley thought to himself.

“Are you ok? You’re just staring at the ceiling,” Bonn said.

Arley looked at her sharply.

“It was Ladipo, he helped us escape. I just heard him.”

“There could be lingering effects of the simulation; I heard Ladipo in there, too,”  Bonn said, moving towards Arley, her demeanor shifting clinical.

“I’m fine.  Focus on finding anything we could use to get the others out,” Arley said, moving towards the garden gate.

“Yeah, you aren’t the only one down here.”

“How many?” Bonn asked, following Arley towards the gate.

Whatever voices he had heard on his way in were now silent.

Was that part of the simulation too? Or are we about to get ambushed?

“I’m not sure, but we need to get as many as possible. Yazzie said other members of the crew had gone missing, too. I need to signal Ochir that we’re coming up so she doesn’t blast us when we come out of the access tunnel,” said Arley.

The access tunnel loomed in front of them, partially obscured by the ladder.

“Ochir is… a person? What kind of name is that?” Bonn asked, then shook her head. “Whatever. You go do that, I’ll look for more people,”

“Bonn, you’re really in no condition to do that, you’ve been tortured for months. Years!”

“I can do it. If they’re trapped in the same type of simulation then I have to help them,” Bonn said, shifting her weight towards the ladder.

“I don’t doubt your ability, Bonn, but you’re not going alone,” Arley held his hand out in front of Bonn to stop her. “Come with me to Ochir so we can figure out how to get all of us off this rock. We still don’t know who else is here and we need to be efficient.”

Bonn hesitated.  She looked at the ladder, one hand on a rung, before releasing her grip and slumping her shoulders.

Rad grunted in frustration, slamming a drawer closed. The slides absorbed the impact before the drawer connected with the desk and it eased slowly into place. That angered Rad even more.

“Defender Rad, perhaps we should abandon the search in this area.  I do not think he would keep such damning evidence in a regular desk drawer,” said It.0.  “In fact, it is likely that any physical evidence would have been destroyed.”

“Well, what do you suggest?” Rad asked. “We’ve been all over this place. The only place we haven’t searched is the central atrium and, frankly, I’m not trying to see you spew Kazumi’s guts on the floor again.”

“Hear me out, Defender Rad,” It.0 said, looking at his outstretched hands quizzically, as if they were moving on their own. “We know that we cannot connect with PRIME or CogNet main; but these machines are designed to interface with it.  Meaning that they keep sensor data and records for transmittance to CogNet main once within a jump gate.”

Rad’s eyes gleamed.  “Got it! If Klaidciri ever connected to one of these local machines, we might be able to pull out an archive of his nexus data, which would include any R-Corp authorizations and records.”

“Defender Rad, your intelligence frequently surprises me,” It.0 said with a slight smile.

“Oh yeah?  All that intelligence and you couldn’t keep your cookies,” Rad said, playfully punching It.0 in the shoulder.

“Apparently, I should have seen that coming, Defender Rad,”  It.0 said, rubbing his shoulder.  “I will attempt to, as you say, ‘keep my cookies.’”

Ladipo looked in dismay as Arley stared up at him, his eyes focused past Ladipo, scanning back and forth.

“Guys!” Ladipo said loudly, calling into the room from the portal above.

Arley’s head snapped up and looked straight at Ladipo.  A moment of relief swept over Ladipo but then Arley looked back down to Bonn and moved out of view.

Nothing. Except Arley ran a tremoring hand sharply across his brow.

Ladipo suddenly felt himself being ripped up from the ground.  The room disappeared from view and blinding purple light obliterated his vision.

He felt his body being lifted, a temporary moment of weightlessness.  Then movement.

A pressure in his belly.

Ladipo’s eyes began to adjust, and all he could see was brown scales.

It was Rad’s turn to vomit.

It.0 and Rad had made their way back to the central atrium which contained the deformed bodies in the nexus chairs.

It.0 had insisted that the chair on the left of the entrance would be the best to try and retrieve data from as it was the least damaged.

It was also the chair with the dangling eyeball corpse.

Rad had gone to move the corpse out of the chair but, when he started to lift the body out of the chair, the hands had ripped off at the wrist causing the body and, subsequently, the eyeball to fall against Rad’s helmet. Luckily, he was able to open the helmet before he was stuck in there with his own sloshing bile.

“It appears that you have not kept your cookies, Defender Rad,” It.0 said.

Rad raised a middle finger towards It.0, still bent over, other hand on his knee.

The corpse now bowed over, no longer constrained by the wrist bindings, eyeball dangling a couple inches off the ground now.

“Also, I did not actually need you to move the body, I merely need access to the helmet,” It.0 said, picking up the helmet and placing it on his head.

“I–hmmmmhggg– am going to kill you when we get back,”  Rad said, trying not to heave again.

Rad stood up and wiped his mouth, clearing the bile. “Hurry up, this place is getting worse by the second.”

“Defender Rad, this nexus is still active and connected to a network in Homestead, and  also somewhere else too–”

“Additionally, it appears that Chairman Klaidçiri is active right now. I will make a copy of his identity hash.”

“How are you going to crack the encryption?” Rad asked.

“It isn’t crackable, Defender Rad,” said It.0, “but you forget that part of me is a PRIME subroutine. I am, essentially, the destination node for these files.”

“I have what we need, Defender Rad.  I am uploading the files to our shuttle’s computer.”

“What is the file?” Rad asked.

“A dossier, from the Rohalunge Corporation Board of Directors to Marko Klaidçiri,”  It.0 said.

“The summary of it is that Chairman Klaidçiri was stripped of all of his position on the humanity council for his failures on the Agamemnon project.  He could choose to either move to a mid-level position within the company, or join the Astraeus Initiative as a regular Voidager in the Envoy Corp.”

“So he had no authority before coming through the anomaly?” Rad asked.

“Then let’s get out of here,” Rad said, moving towards the door.

“Defender Rad, I believe we may have just made a grave mistake.”

“I’m not sure, it is one of Kazumi Ito’s memories from the Agammenon before its destruction.  It is not complete though– we will need to wait until it is fully recovered,”  It.0 said.

As Rad and It.0 moved out the door, the shadows deepened. The room became obscured. And red eyes began to open.